True to its name, Pulsar has been monitoring the “pulse” of the vaping industry for many years. Even though this North Carolina company has plenty of dab rigs, bongs, and hand pipes for sale, Pulsar truly shines in its portable vaporizer units. Unquestionably, the APX 3 remains Pulsar’s top-rated dry herb vaporizer model. Indeed, the APX has been so successful that it has inspired multiple iterations over the years. Pulsar revealed its third version of the APX in 2021, and it has already got a lot of fans talking.

While the APX 3’s modifications may not seem revolutionary, they offer users more customizability versus the APX 2. Anyone interested in a budget-friendly portable vaporizer can’t pass on Pulsar’s latest take on the APX.

The APX 3 may not offer top-tier vapor production, but it does a solid job considering its small size and low price. Plus, since this unit has five temperature controls, it’s simple for users to create their ideal vaping session. Whether you enjoy fantastic flavors or big clouds, there’s a way to adjust the APX’s heat setting to suit your preferences. Just don’t expect the APX 3’s vapor production to be on the same level as the Crafty or Mighty.

Discretion is one of the APX 3’s strong suits. At only eight ounces, you don’t have to worry about the APX 3 adding too much weight to your backpack or your front pocket. Plus, this unit is only four inches in height, which makes it ridiculously easy to conceal in your hand. If you love vaping "on the fly," the APX 3 shouldn’t cause any issues. 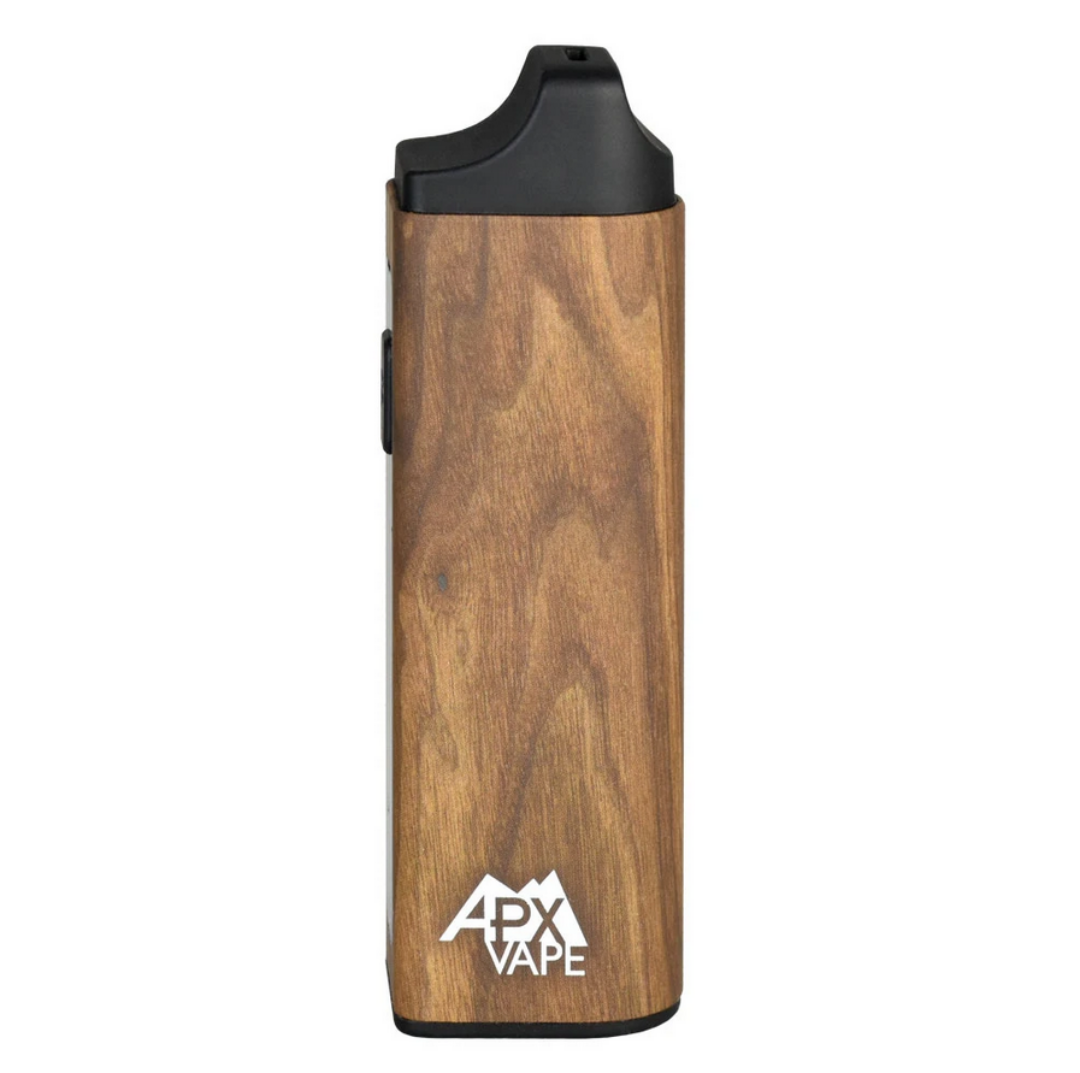 The Pulsar APX 3 may have a plastic exterior, but it doesn’t feel cheap. Few vapers who use the APX 3 claim it feels uncomfortable to hold, even when they’re ripping on the highest heat setting. Many users also claim the APX 3 feels sturdy and doesn’t give off a “plastic taste” while vaping.

Pulsar helped reduce the risk of an unpleasant plastic aftertaste by using a ceramic heating chamber and a silicone air piece. Interestingly, the APX 3’s 0.5 g heating chamber is about 60 percent larger than the APX 2.

Like the APX 2, Pulsar’s APX 3 uses a 1600 mAh battery. Typically, this battery should last for 90 minutes before it runs out of juice. It also takes about 90 minutes to fully charge the Pulsar APX 3 from zero to full. Microdosers and moderate users shouldn’t need a replacement battery if they’re out and about with their APX 3.

Although the APX 2 and APX 3 have five heat settings, the APX 3’s temperatures go a bit further than v2. Indeed, the APX 3’s temps range from 188° C to 230° C. Pulsar also created a high-intensity “Cash” mode for the APX 3, which ensures you’ll blitz your buds at the end of a sesh.

The five specific temps on the APX 3 are as follows:

On average, the Pulsar APX 3 takes 30 seconds to reach your desired temperature. Best of all, you don’t have to guess when to use your APX 3. Each APX 3 comes equipped with haptic feedback, so it will vibrate when it’s time to rip.

With its one-button design and LED screen, it couldn’t be simpler to use the APX 3. To turn the APX 3 on, click the main button five times. You should see the unit’s current temperature setting light up on the LED display. If you want to change this temperature, hold the main button until you see the temp you prefer.

And don’t worry about mistakenly leaving your APX 3 on after you’ve finished vaping. Pulsar’s APX 3 will automatically shut off after five minutes of inactivity. 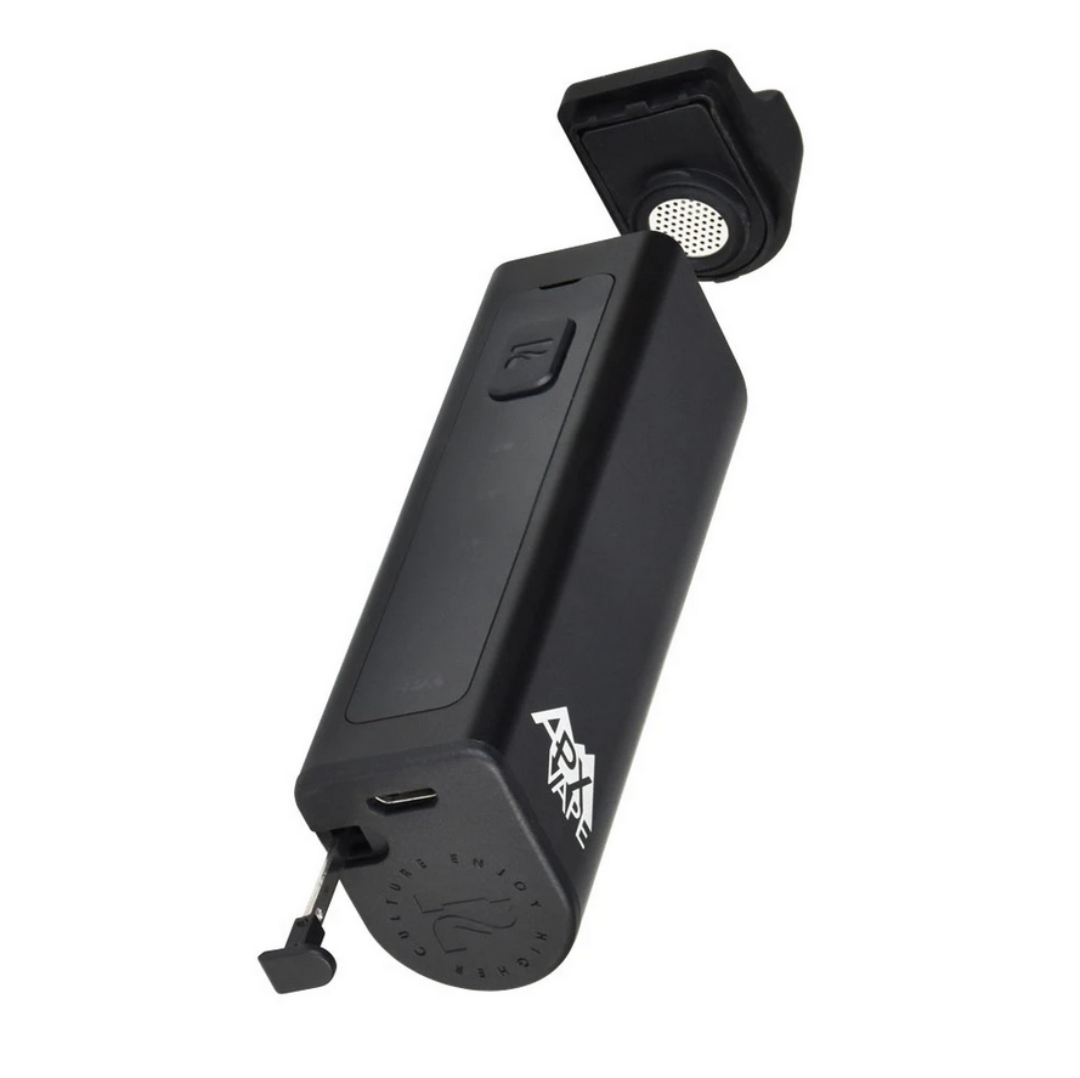 Who Is The Pulsar APX 3 Best For?

The Pulsar APX 3 has many positive features, but three that stand out include its portability, decent vapor production, and low price point. These impressive qualities make the APX 3 well-suited for any vaper who wants a reliable unit for quick, on-the-go sessions.

If you do a lot of traveling—or you enjoy sneaking a few vapes on your lunch break—the APX 3 is well worth a peek. The APX 3 is also an excellent choice for inexperienced vapers or people looking for a budget buy. Sure, the APX 3 may not be a premier vaporizer, but it offers tasty clouds for a reasonable price.

The Pulsar APX 3 retails for the budget-friendly price of $69.99. While the Pulsar APX 3 isn’t as “high-class” as the Crafty or DaVinci MIQRO, it certainly won’t cost as much to use.