Welcome to Vaporizer Chief's guide to the top convection vaporizers available in 2019. Today, we’re going to take an in-depth look at the top convection vaporizers that can be purchased across just about every budget. Before we get down to business, though, let’s talk a little bit about convection itself. These types of vaporizers work by heating up an element, chamber, or air path in order to pass hot air across the herbs, heating them as you hit. This heating method is touted for its superior efficiency, vapor production, flavor profile, and generally lower draw resistance. Convection vaporizers can have somewhat high heat up times and tend to use more energy than conduction units; for these reasons, there are relatively few convection portables. However, the entirety of the desktop vape world is completely dominated by convection units. Given the high power of convection units, they usually sell for a higher price point than most conduction units.

Arizer Solo II & Arizer Air II: For the sake of this article, these two can be grouped together. The Solo II and Air II are hybrid conduction and convection units that have been updated from the original model portable vaporizers made by Arizer. Aside from a few updates, the quality and performance is almost identical to their counterparts. The Arizer Air II has a better airflow with an isolated air path and it also has an upgraded battery with USB charging. The Solo II, however, has changed significantly from its predecessor in both appearance and design. The Solo II has been digitized now, and features an LED display screen that shows the selected precision temperature and battery life. The heat up time is also 70% faster than the Solo II, and it achieves the desired vape temperature in approximately 30 seconds, as opposed to the 90 seconds the original Solo used to take. Additionally, the Solo II battery lasts for 3 hours which is twice as long as its predecessor. These units have great vapor output in relation to their price; they are the cheapest portable, electronic convection units, yet they work phenomenally. The Arizer Solo II is the most economic way to have quality convection vapor on the go. 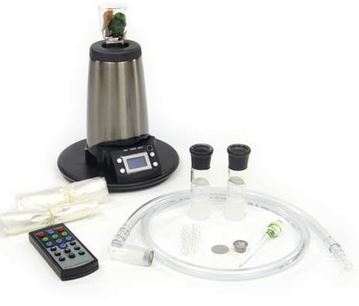 chock-full of features; it boasts three fan settings, a remote control, adjustable temperature settings in both Fahrenheit and Celsius, a glass vapor path, bag function, whip function, and the capability to be modded. The generous number of features in the Extreme Q can really help a beginner vape user find out what they really want and like.

The incredibly versatility of this unit does come at a small cost, however. Among convection units, the Extreme Q is somewhat less efficient than a considerable portion of the competition. Other than oven efficiency though, the Arizer Extreme Q is guaranteed to satisfy users with its tremendous cloud quality. Usage with the balloon is extra delicious because although it takes a bit to fill up, the vapor quality is some of the smoothest, and purest that users will ever taste. Just be sure to keep your finger placed over the valve so you don't lose any precious cloud.

Also, a huge plus with the Arizer Extreme Q is that it has one seriously whimsical and enjoyable function: fan-assisted water pipe hits. Using a glass adapter, the Extreme Q’s whip can attach right into a water pipe. As or before you begin to draw on the water pipe, simply turn the Extreme Q’s fan on at whatever speed you prefer (I personally prefer 2). This allows you to take monstrously massive, cloudy hits of water-cooled vapor using a low amount of effort. 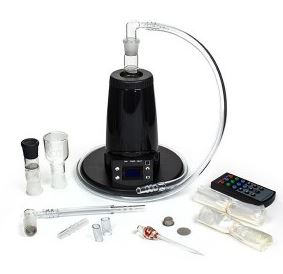 Arizer V-Tower: Priced at $150 the V-Tower is a great buy for a desktop convection vaporizer. It has digital precision temperature control, excellent vapor quality, and it’s extremely easy to use. The unit can be taken apart completely so its very easy to clean as well. It takes about 4 to 5 minutes to heat up which is around the industry standard. For the price if your looking just to vaporize with the whip, it's a great deal.

Da Buddha Vaporizer by 7th Floor: At $170, the Da Buddha should need no introduction. It has been a household staple for vaporizer enthusiasts for years, especially for those on a budget. In many ways, the Da Buddha is the polar opposite of the Extreme Q. It is incredibly straightforward, with a single rotary dial for heat control being the only setting on the entire device. A ceramic heating unit sends heat up through a wide, glass vapor path and out through the front, allowing for use with whips or any piece of glass.

What makes such a simple unit so special? The simplicity itself does the job. With few features and a straightforward design, the Da Buddha does its job with good efficiency, vapor quality higher than the Extreme Q, great durability, and time-tested consistency. This makes a great choice for your first desktop vape, but its durability and carrying case also make it a viable choice as a secondary vape for travel and social events.

The $200-300 price point is a little bit strange. There are a lot of good choices, but only the select few listed below are truly impressive. For the most part, the main difference between the under $200 tier and this one is the existence of products that are truly luxurious, and exude classiness.

The Silver Surfer Vaporizer by 7th Floor is the Da Buddha’s older, sexier brother which sits at a $270 price point. The design of this unit’s heater, vapor path, and base are almost identical to the Da Buddha. The most dramatic difference 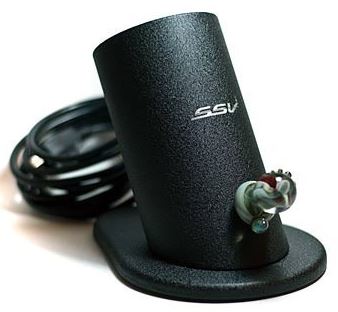 between the units is that the Silver Surfer is slanted at about a 45 degree angle, making the herb chamber a bit more convenient and nearly spill-proof. Beyond that, you do receive a higher quality glass wand and whip with the Silver Surfer than what is packaged with the Da Buddha. The little rotary dial is also upgraded to a unique, hand-blown glass dial.

Overall, these changes do not make for a tangible increase in quality of actual vapor in comparison to the Da Buddha. Instead, they make the unit a touch more personal and convenient and dramatically more luxurious. 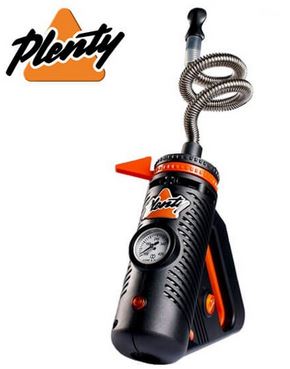 The Plenty by Storz & Bickel is a unique, handheld whip vape by the legendary manufacturers of the Volcano for just under $300. As its name suggests, the Plenty sure does hold plenty - it has one of the biggest bowls of any vaporizer. It fits well in the hand, is easy to pass, and has a brilliantly designed vapor path that delivers cool, never harsh vapor as soon as you hit it. The Plenty is luxurious, simple, and amazing for parties.

The down side of the Plenty is minimal. The Plenty does consumer a fair bit of herb, which is an even exchange for the high quality cloud. It also might frighten the faint of heart, as it's designed in mind for heavy hitters, and true vape enthusiasts.

$200-300 Champion: The Plenty may be the most convenient desktop vape under $300 as well as the best for groups, but its efficiency is something for consumers to keep in mind prior to purchasing. While the stunningly luxurious look and feel of the Silver Surfer as well as its seamless use with both whips and water pipes put it on top.

Any vaporizer in the $300+ range ought to be a supremely effective and luxurious device. The greatest vaporizers in this enthusiast price range are all incredible, but more importantly, they each provide a unique experience. This next vaporizer needs no introduction.

Other than this unmatched consistency and durability as well as being proven by time, what else really sets the Volcano apart from other bag vapes? It has an impressively accurate temperature range between 133°C/266°F and 226°C/439°F. This perfectly covers close to the entire spectrum of temperatures at which you can successfully vaporize dry herbs. The vapor itself is thick, milky, potent, and smooth. Most importantly, the Volcano can fill an entire bag in under a minute(after three to five minute warm up time). This makes the Volcano an insane party machine. In just five minutes, you can have five milky bags of vapor passing between all of your guests.

The major benefit of the Volcano is that it really gives the user absolute freedom. It is low maintenance both in and out of use. Once a bag is filled, you can do absolutely whatever you want. The Volcano is on top when it comes to ease of use, durability, and entertaining groups. It is truly the BEST convection vaporizer ever created.

Super Surfer: Made from stainless steel and resembling the Silver Surfer, the Super Surfer is slightly larger and only 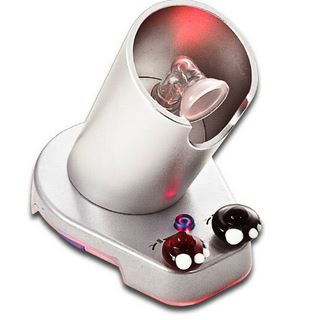 available in silver. The Super Surfer comes with a 3’ plastic whip (mouthpiece included), one 10′ roll of food grade plastic bags, a glass bag sleeve, ground glass wand, 19 to 19 ground glass adapter, sit clip, aromatherapy top, replacement filter screens, and more. In addition to the silver surfer this vaporizer has a LED mood lighting, allowing an awesome ambiance to be created during vaping sessions. This vaporizer has all of the features of the standard Silver Surfer but also has a forced air system, allowing for users to attach a bag and fill it with vapor like the Volcano from Storz and Bickel. Heat up time on the Super Surfer is extremely fast for a desktop unit taking only 90 seconds to heat up. There is also an aromatherapy option to burn essential oils. This is probably the only Desktop Vaporizer comparable to the Volcano. Priced at around $420 this unit is great and wont disappoint you but for the price I personally would still go with the Volcano unless the whip option is important to you when shopping for a desktop vaporizer.